Route 3, a winding highway that is neither noisy nor fast, with a richness of tranquility and introspection refined through the long passage of time.

Before the Japanese colonial era brought hydraulic engineering to Taiwan, the Hakka people manually carved through the mountains to channel irrigation water to farm paddies. This elegant period of Taiwanese history written by the early Hakka migrants continues to flow through the Tunnel Drain.

As economic focus shifted from the plains into the mountains, the cultivation of tea farms and extraction of camphor drove the Han Chinese into conflict with the local indigenous population. There were gains and there were losses; gains and losses that once straddled the line between life and death. How the Han Chinese and the indigenous slaughtered each other, how they worked together, and even the many contradictions between them that remain unresolved to this day, once served as a divide between Taiwan’s Han Chinese and indigenous peoples, but are now enigmas waiting to be explored along the serene Route 3.

And the quiet, ancient path of camphor connecting the mountains and the plains, once prone to deadly conflict, now bears a name combining the languages of the Atayal, Saisiyat, Han Chinese and Japanese: Raknus Selu Trail. With different owners across time and multiple existences across space, this is a path whose fate and propositions mirror that of Taiwan itself.

Of all the scenery along Route 3, “time” is the most eye-catching imprint

It can be described as history, as song, as heavy as the river-crossing Glutinous Rice Bridge, or as light as the dovetail ridge on the tip of an eave. Sometimes, it appears on the edge of a beautiful small town, forming crisp fruits and golden grains; sometimes, it hides invisibly in the condensed aroma of daylight, unable to be grasped, only breathed.

With Route 3 as the longitude, and the Tunnel Drain and Raknus Selu Trail as the latitude, the Romantic Route 3 project weaves a net across time and space. This allows the things that have come into being through the long road of time, such as the peaceful scenery, the gurgling streams, and the moss growing on rocks, along with our invited artists and groups, to come together under the sun, on the side of the highway, in the mountains, on the ridges, and in the canals, to marinate life and lifestyle, to refine the essence of culture in the headwind, and to find stability and pleasure in blessing.

Experience the romance of Route 3. Between the mountains and plains, between the early arrivals and the latecomers. Take it slow. We have plenty of time. 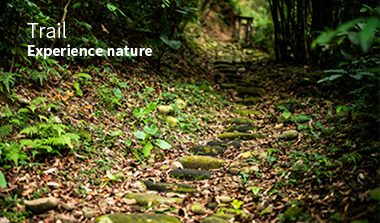 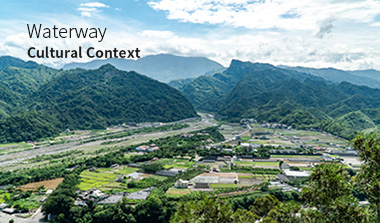